Austin in the hill country of the state of Texas relies heavily on tourism which is one of the largest revenue generators for the city. Hotels in the Austin area serves as the central hub to tourism. The Driskill Hotel is one of the oldest operating hotels in the US and historical by the American National Register and designated as a Texas Historical Marker. Driskell is one of the most well known historical hotels in Texas. It is located in downtown Austin and founded in the year of 1886 and stands as the authentic and iconic hotel of Austin.

This hotel possesses total 189 rooms: single bed rooms, double bed rooms and suites. All the rooms are designed in the classic and traditional manner which is the most striking point about the Driskill Hotel. Austin is the global music point and is considered as hub of live music and the Driskill is located where you can visit any of the famous music halls of Austin by walking a few minutes. The food of the hotel is also famous and people all over the country come here as it is listed among the top most hotels in the world that offer the best food and beverages. The whole hotel gives you an experience of living in the 1800s and early 1900s. A level of elegance that cannot be found anywhere else in Austin so if you are looking for a gold star quality hotel then try the Driskill a landmark in downtown Austin. 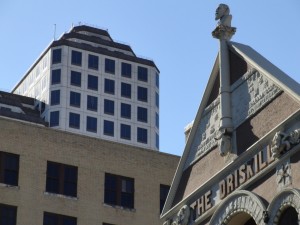